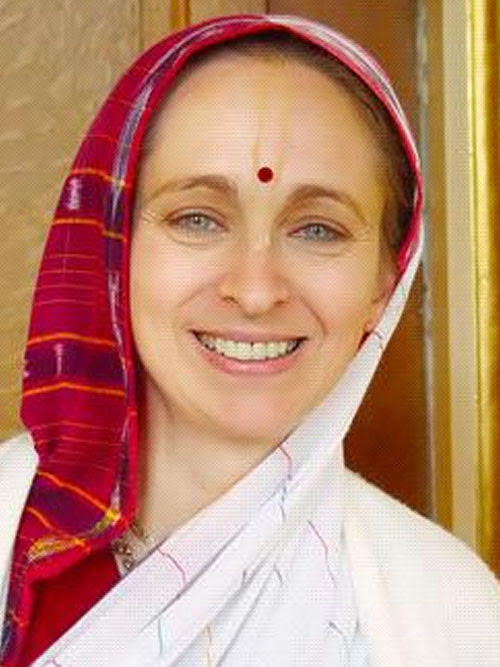 Her Grace Urmila Devi Dasi was born in 1955 in New York City. She joined ISKCON in 1973 in Chicago. She received first initiation in 1973 and second initiation in 1975 from His Divine Grace A.C. Bhaktivedanta Swami Prabhupada. Dr. Edith Best (Urmila devi dasi) has a Doctorate in Education and a Masters in School Administration, both from the University of North Carolina at Chapel Hill. She has three decades of experience as a primary school teacher and has taught hundreds of children to read English. She has written a book on teaching children and managing schools, Vaikuntha Children. For ten years she wrote a regular education column in Back to Godhead magazine, the international magazine of ISKCON. In 1973 Edith became the disciple of A.C. Bhaktivedanta Swami Prabhupada, receiving the name Urmila devi dasi. From her guru, she learned about traditional Indian education, culture, philosophy, Bhakti yoga and the stories of India’s sacred literatures. She and her husband have three children and fourteen grandchildren and have been in the renounced order of Vanaprastha since 1996. Dr. Best currently travels the world teaching courses to parents, teachers and children, and acting as a consultant to schools on several continents.

There is not item in this category