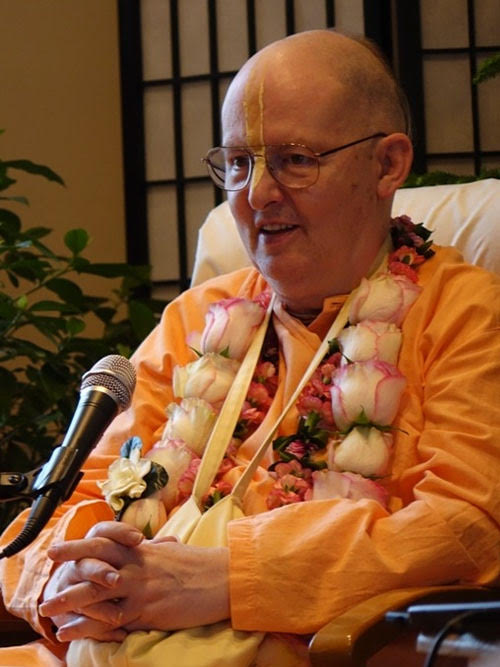 HH Satsvarupa Das Goswami is a senior disciple of A. C. Bhaktivedanta Swami Prabhupada, who founded the International Society for Krishna Consciousness (ISKCON), better known in the west as the Hare Krishna movement. Serving as a writer, poet, and artist, Satsvarupa Das Goswami is the author of Bhaktivedanta Swami Prabhupada’s authorized biography,Srila Prabhupada Lilamrta. After Bhaktivedanta Swami Prabhupada’s disappearance, Satsvarupa Das Goswami was one of eleven disciples selected to become an initiating guru in ISKCON.Satsvarupa dasa Goswami is one of the first few westerners ordained by Prabhupada in September 1966. He has been since established as a most prolific Vaishnava writer and poet. While traveling, lecturing on Krishna consciousness, and instructing disciples worldwide, he has published over 150 books including poems, memoirs, essays, novels, and studies based on the Vaishnava scriptures. In the recent years, he has created hundreds of paintings, drawings, and sculptures that attempt to capture and express his absorption in the culture of Krishna consciousness.

There is not item in this category